There was a substantial storm over Auckland last night, with reports of winds up to 140 km/h in the city and even higher in rural areas nearby. A large number of trees dropped branches, some of them substantial, and some trees were uprooted. Pavements and roads everywhere were covered with the torn foliage.

I rather like riding on the morning following a major storm, seeing the debris on the roads and never being quite sure whether there will be a road blockage around the next corner. One of the suburban roads on my ride today was blocked by a fallen tree. There were signs on the motorway warning of widespread traffic light outages due to power failures, but all the lights I saw were working.

There was a North Harbour Ulysses ride scheduled for today, but although most of the usual participants turned up, heavy showers meant the ride did not take place. 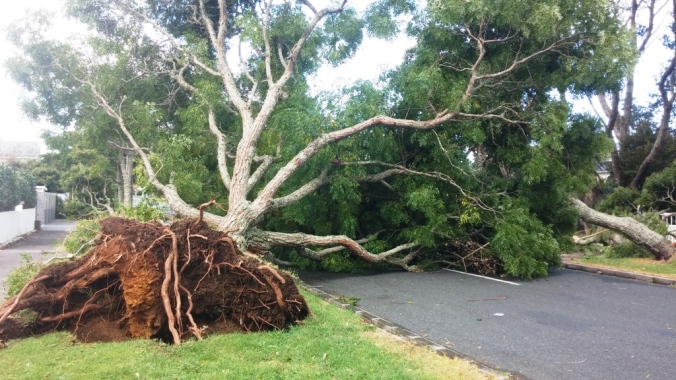