Rosebank Domain is a reserve at the tip of the Rosebank Peninsula, and is crossed by the Northwestern Motorway. It’s been a reserve for 140 years, although there were proposals to develop it as an airport in the 1930s, and as a port in the 1940s. Since the early 1930s it has been used for a racetrack, initially by the Auckland Motor Cycle Club, then by Power Sports Association, and later by Auckland Kart Club and Auckland Speedway Riders Club.

It’s an odd area, almost completely cut off from Rosebank, with just a small road running off a motorway on-ramp giving access. There have been long-running battles with the residents of Te Atatu Peninsula over noise. When racing started at the domain, planners intended to develop Te Atatu as an industrial area, but it became a residential area instead. 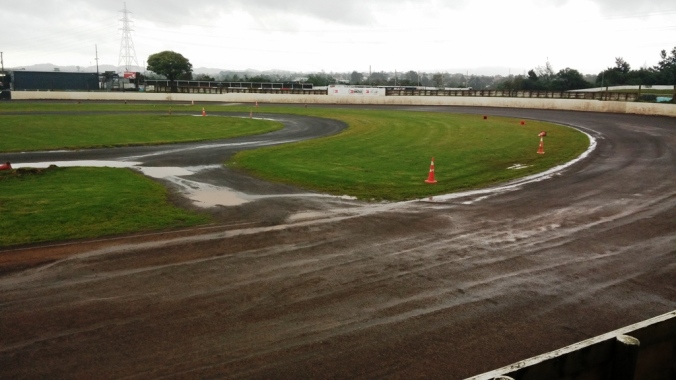